Delegates to the IBC conference attending The Great Connected Television Debate heard speakers for and against the motion: “Connected television will render traditional channels irrelevant”. Rather than the usual conference panel session, in which everybody politely agrees with one another, this was set up as a formal debate with an audience vote. Opinions differed but there was a lot of common ground, although the audience was clearly of a particular persuasion. 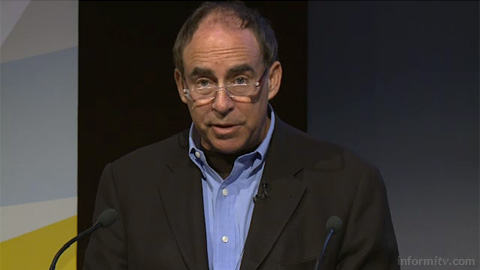 Saul drew a parallel with the music industry, which has been totally transformed over the last decade. Music is worth more today than it ever was but the revenues of recording companies have halved. “Television no longer has our undivided attention,” he suggested but the number of people watching video media derived from television is going to grow, which represents an opportunity as well as a challenge.

John Honeycutt, the chief operating officer of Discovery Networks International, led the opposition to the motion, in defence of traditional channels by saying he agreed with Saul. He suggested that change is nothing new in television and that this will encourage channels to change. He pointed out that people are watching more traditional television than ever, and that on-demand viewing is still dominated by catch-up programming. He argued that “traditional channels with strong and differentiated brands will win out, signalling both quality and relevance and playing a major role in framing the consumer’s TV viewing experience.” 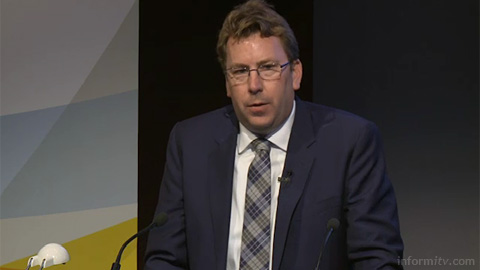 John admitted that “it would be incredibly naïve of me to stand here and dismiss this threat altogether. Broadcasters need to adapt to continue to be relevant and those that can’t or won’t may indeed become irrelevant.” He suggested “the disaggregation of content, brand and consumer is potentially the single biggest threat to the sustainability of the television ecosystem.” However, the television industry has shown throughout its long industry the desire to adopt new technologies, the need to adapt to new business models and the will to thrive.

The next speaker for the motion was Nick Thexton, now the chief technology officer of the service provider video technology group at Cisco, which recently completed its acquisition of the middleware and conditional access company NDS, perhaps a clear indication of how the internet world is embracing the traditional television business. 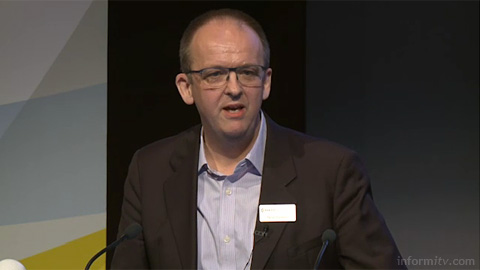 Nick argued that simply putting a network port on the back of a television does not make a connected television experience but in the future there would be more network connected devices that would be smarter, offering a personalised experience. Viewer experiences are going to become increasingly connected. He suggested that while channels can add value, in many cases people find programmes not through the channel but through the programme name. “In this connected universe the astute channels are going to have to find ways of making a personalised experience ever more valuable.”

David Brennan, the former research and strategy director of Thinkbox and the founder of the consultancy Media Native, provided a passionate defence of the resilience of traditional television and channel brands. He argued that rather than declining in importance, channel brands would become more influential, providing a navigational aid and a guarantee of quality amid a vastly great choice of programming. 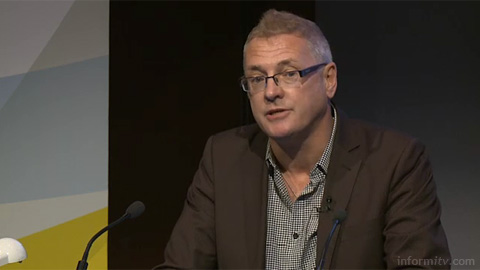 David spoke of the importance of “now” in television. He noted that about 70% of television viewing is shared with other people and actually requires compromise rather than personalisation. He suggested that channel brands will continue to offer a way of finding those compromises, providing symbols of trust in an ever more cynical world.

Anthony Rose, who was the driving force behind the successful relaunch of the BBC iPlayer and went on to become the chief technology officer at YouView and then co-found zeebox, put on a star performance. He painted a science fiction picture of 2050 and suggested that it was absurd to think of sitting down in front of a television as people do today. “With a hundred million programmes that you want to watch, are you still going to flick through them with a channel clicker?” 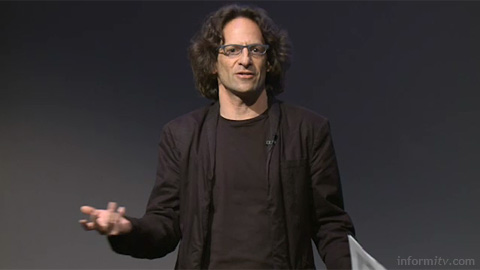 Anthony pointed to emerging online brands like Machinima, which receives 1.6 billion video views a month, more than many broadcasters. Rather than traditional channel brands serving as trusted guides he argued that this role would move to others, such as critics, social networks, and recommendation engines. He suggested that the shared compromise viewing experience of television was a failure, when people really want to watch on their own terms. “In the future it will all be different. It’s just a question of when. It will take slightly longer than the tech gadgeteers will have you believe and will be a lot sooner than the broadcasters would have you believe.”

Finally, Nigel Walley, the managing director of Decipher, a media strategy consultancy, brought delegates back to basics. “I do not want to curate my own viewing experience,” he said. “As a consumer I pay for people to show me things I never even dreamt I would want.” He painted the picture of a focus group member who was typically too exhausted to make complex viewing decisions. He simply wanted television to be his friend. 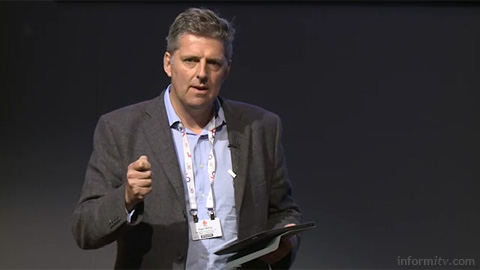 Nigel argued that there is something very powerful about watching something that the rest of the nation may be watching. Television, he said, is an important social gathering mechanism. “Most people in the tech community do not have family and friends,” he joked. “They sit in the basement learning Klingon and inventing the future of television and quite frankly we’re not interested.”

Needless to say, the outcome of the debate was a foregone conclusion. An audience of television turkeys was not voting for Christmas and a clear majority opposed the motion. The motion had more supporters at the end of the debate than at the outset but the majority believed the traditionalists had put on a more persuasive performance.

The Great Connected Television Debate was part of the IBC Conference in Amsterdam and was chaired and produced by William Cooper of informitv.