The Smart TV Alliance aims to establish a non-proprietary ecosystem for application developers to create cross-platform services. It has been officially established following the announcement of collaboration between LG Electronics, Philips and Sharp at the IFA trade show in Berlin in September 2011. It will need to gain momentum and more members to avoid further fragmentation of the connected television environment.

Philips no longer makes televisions, having licensed its brand to a joint venture known as TP Vision, while Sharp was absent from the latest announcement, although the alliance hopes other members will join. That leaves LG, which is second to Samsung in market share, to make the running. 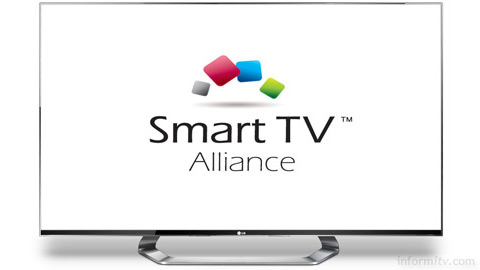 One of the primary objectives of the consortium is to help define a technical specification that will enable application developers to create software to run on televisions regardless of manufacturer.

The Smart TV Alliance will make the first version of its software development kit available online for developers to download at no cost. It is based on open web technologies such as HTML5.

The consortium plans to build on this and announced specifications for a second release, to be made available at the end of 2012 to allow developers to create applications for 2013 models of televisions from participating alliance members.

“Before today, the Smart TV industry was a very difficult market for both application developers and TV manufacturers and as TVs from different brands used different platforms and technologies,” said Bong-seok Kwon of LG Electronics, who is president of the alliance. “Smart TV Alliance creates a larger playing field which encourages developers to create more and better TV applications at the same time giving manufacturers and consumers the richest source of movies-on-demand, music services, games, social networking and more.”

Alain Perrot, of TP Vision, is convinced that reduced application development time and costs will be beneficial for all: “Instead of spending valuable time on porting and testing on different platforms, developers can focus their creativity solely on realising apps that consumers will enjoy.”

TP Vision is joint venture announced in November 2011 and established in April 2012 between TPV Technology and Royal Philips Electronics, with the latter holding a 30% share and licensing its brand for televisions in various territories.

Philips and Sharp currently use similar technologies for their NetTV devices, based on CE-HTML, a profile standardised by the Consumer Electronics Association and adopted by the Open IPTV Forum and HbbTV.

LG has its own Smart TV software development kit, using its NetCast Platform and a browser engine based on WebKit.

While both LG and TP Vision stand to gain from an alliance of manufacturers, they will only do so if they are joined by some of the other major players, notably Samsung.

Furthermore, the focus is now on 2013 models, with many current and previous versions still relying on proprietary implementations of open web standards.

While it costs between $25,000 and $125,000 a year to become a member of the Smart TV Alliance, anyone can register to download and use the software development kit for free.