Televisions connected to the internet through a Microsoft Xbox 360 or Sony PlayStation 3 account for 28% of homes in the United States. Blu-ray players are also in 13% of American homes, with some overlap of those with a connected games console. Only 4% of homes have a connected smart television, and only 1% connect their television through a media device like the Apple TV or Roku box.

Use of connected television devices remains skewed among Netflix customers, with 35% of Netflix subscribers watching video from the internet via a connected device weekly, compared to 5% among non-subscribers to the Netflix movie service.

“Video is increasingly being watched on different platforms and in different places, yet these emerging video services still generally act as complements to traditional television viewing and services rather than as substitutes,” said Bruce Leichtman. The reported time spent watching television remains similar and he said “there remains little evidence of a significant trend in consumers ‘cutting the cord’ to their multi-channel video services to watch video solely via these emerging services.”

Nevertheless, cable television providers including Comcast and Time Warner lost over 1.6 million subscribers, while telephone companies Verizon and AT&T picked up 1.5 million and DIRECTV added 0.6 million. Overall, there were nearly 384,000 net additions to multichannel video services in the United States in 2011.

So far, standalone media streaming devices appear to be the preserve of early adopters. Boxee has revealed that there are only around 200,000 active users of its highly regarded and distinctively designed Boxee Box, produced by D-Link, now selling at $179.99. There are around 2 million users in total if you count the discontinued Boxee computer application.

D-Link has introduced its own new low cost device, the DSM-310 product it calls MovieNite, priced at $59.99 but initially available exclusively through Walmart for $48.00. Offering access to Vudu, Netflix and YouTube with full 1080p high-definition output, this competes aggressively on price with other comparable products. 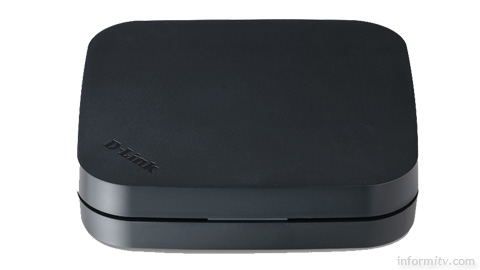 Such products have yet to reach mass market adoption, but accessible price points and a growing range of online video services may mean that they become increasingly attractive as a complement to existing displays, enabling inexpensive upgrades. It will be difficult to charge a significant premium for smart displays that integrate similar features, which will increasingly be regarded as standard.

In its sixth annual nationwide report on Emerging Video Services Leichtman polled 1,251 adults across the continental United States in a representative telephone survey conducted in February 2012.