Sky will launch the first 3DTV channel in Europe in 2010, offering movies, entertainment and sport. The service will be broadcast across existing high-definition infrastructure, including current Sky+HD digital video recorders. Customers will need a new 3D Ready TV, the first of which are expected to be on sale next year. A new video-on-demand service will also launch next year, using the broadband capability of the same set-top boxes.

“Well over a million homes have future-proofed themselves with Sky+HD, a platform for choice, quality and future innovation,” said Brian Sullivan, the Managing Director of the customer group at Sky. “Next year we will make our HD boxes work even harder for customers by launching Europe’s first 3D TV channel, as well as introducing a comprehensive video-on-demand service to complement Sky+ and the current Sky Anytime service.”

“3D is a genuinely ‘seeing is believing’ experience, making TV come to life as never before,” he said. “Just like the launch of digital, Sky+ and HD, this is latest step in our commitment to innovating for customers.” 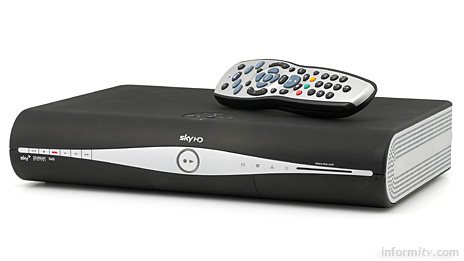 Regular informitv readers will know that Sky has been testing transmissions in 3D and the results we have seen are quite remarkable, although they still require special polarised glasses to view the stereoscopic pictures.

Further details on the 3DTV and VOD services, including pricing and packaging, will be announced closer to launch.

Sky will also increase the number of high-definition channels on offer, including Sky News, with a view to reaching 50 HD channels. Around 9 million homes in the United Kingdom and Ireland have HD-Ready sets today. That is expected to increase to almost 14 million by the end of the decade.

The continuing thrust towards innovation in seen as a strong response to the availability of free satellite television channels in the form of Freesat. So far there is little indication that customers are leaving Sky as a result of the economic climate. Quite the reverse, Sky added 462,000 customers in the last twelve months, the most in five years, taking it to 9.4 million, in sight of its target of 10 million by the end of 2010.

Customers are signing up to Sky+HD at an average rate of 90 an hour. There are now 1.3 million Sky+ HD subscribers in the United Kingdom and Ireland, more than double the number a year ago.

“This is the year where high-definition television moved centre-stage,” said Jeremy Darroch, the chief executive of British Sky Broadcasting. He also noted that Sky remains the fastest growing provider of broadband and home phone services in the country. “Almost one in six customers are choosing to take Sky for TV, broadband and talk and there is plenty of opportunity for further growth ahead.”

There are also 5.4 million customers with a standard definition Sky+ digital video recorder, more than half the subscriber base, many of whom may be considering upgrading to high-definition.

The latest figures come in the annual results announced by Sky, reporting revenue of £5.3 billion, with an adjusted operating profit of £780 million.

Sky says that it will continue to invest through the downturn to position itself for sustainable long-term returns.

The company is currently the subject of a market investigation by the communications regulator Ofcom into the pay-television sector which could oblige Sky to make its premium channels available to other operators on regulated wholesale terms. Sky says that it disagrees with the “approach, analysis and conclusions” of Ofcom and if necessary will appeal against any such judgement.

“We think that this is a marketplace which doesn’t require further intervention,” the chief executive of Sky said in an interview, adding that there is more choice available to consumers than every before.

He said the company wanted to see its premium programming broadly distributed, but that it “should get a fair price and not have to cross-subsidise other businesses that are either less efficient or frankly don’t have the same appetite to invest.”