LiveStation is new software platform that enables live television channels and radio stations to be broadcast efficiently over the internet. LiveStation has already attracted a great deal of attention, with some calling it a Joost killer from Microsoft. However, it is designed to provide live streaming, rather than video on demand, and it is not a Microsoft product. That can be said with some confidence because informitv has been working with its creators to develop the proposition.

The peer-to-peer system provides the basis of the Skinkers Live Delivery Network, an enterprise-class platform designed for the efficient delivery of real-time data. LiveStation is one of the first applications to be built on this software infrastructure. 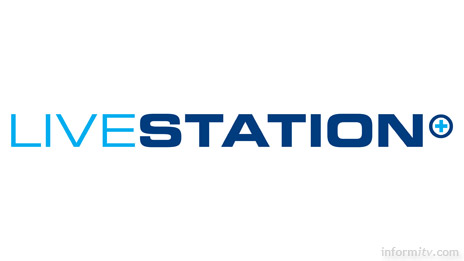 From information already in the public domain, LiveStation is designed to deliver live television over the internet using a peer-to-peer network to serve a virtually unlimited number of users. Many of those that have seen it have been impressed by the performance.

LiveStation employs the Microsoft Silverlight cross-platform presentation technology, which allows rich interaction including transparent overlays to be combined with video, currently using the Microsoft VC-1 compression scheme. Silverlight is designed to provide a consistent experience on both Windows and Mac platforms.

Given their involvement and support, one could perhaps be forgiven for thinking that this is a Microsoft initiative. In fact it is the product of Skinkers, a small company with big ideas. Their main focus has been in providing alerting products for corporate clients, including a number of major media companies, such as the BBC.

They discovered that the technology they had developed for messaging could also be applied to live streaming. LiveStation is the result. It allows live video to be delivered reliably over best efforts networks like the internet, using peering to improve efficiency. Rather than taking on the likes of Joost with their video on demand services, LiveStation aims to deliver live multi-channel television over the internet.

LiveStation is currently in a closed trial. The emphasis is on proving the platform and tuning performance before adding more channels and features. The company is currently talking to broadcasters about offering their channels on LiveStation and expects to launch a live service within six months.