Verizon is previewing a new interactive media guide for its FiOS fibre-optic digital television service. The company took over the development of the interface from Microsoft and has revealed a shiny new look and feel that is far ahead of its first offering. Verizon has also licensed interactive programme guide patents from Gemstar-TV Guide, with whom it is jointly developing further enhancements.

Verizon recently revealed that it has over a third of a million customers taking its interactive television services delivered over fibre to the home. The FiOS services are being introduced in 16 states across America. The new interactive media guide will be rolled out to FiOS TV customers over the summer. 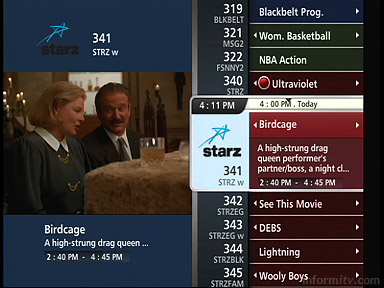 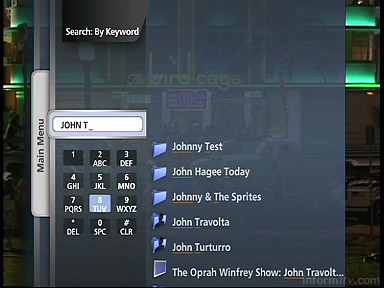 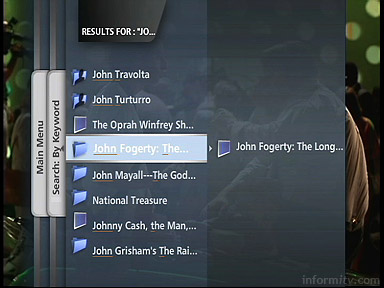 Video-on-demand titles can be viewed as a list or with poster art, with trailers available for selected titles. 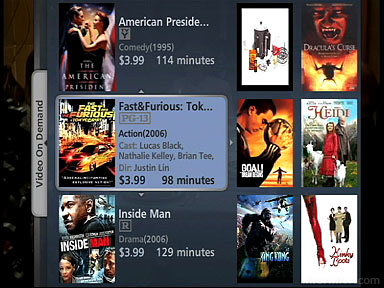 Verizon clearly appreciates that the interface is not only functional but has an emotional appeal for users. From a first look, it appears very slick and intuitive. Most functions can be controlled using the directional arrow keys and central OK button on the remote control.

The navigational metaphors remain rather computer based, with tabbed hierarchical menus navigated from a ‘main menu’ and folders indicating grouped items in search results. It reflects a trend in other devices that presume a level of computer literacy in order to use anything from a telephone to a television.

Verizon is not alone in moving away from a Microsoft supplied user interface. As recently reported by informitv, Comcast has dropped the Microsoft TV software it has been testing in the Seattle area to be replaced by a system jointly developed with Gemstar-TV Guide.