Interactive television company Two Way TV and animation specialists Yomego have teamed up to create personalised animated avatars targeted at broadcasters who want to create strong interactive communities around their brands and programmes.

Launching at the MIPCOM convention in Cannes, the partnership brings together the combined capabilities of Two Way TV and their Simcast system with the animation platform created by Yomego, a division of DA Group, based in Glasgow, Scotland. 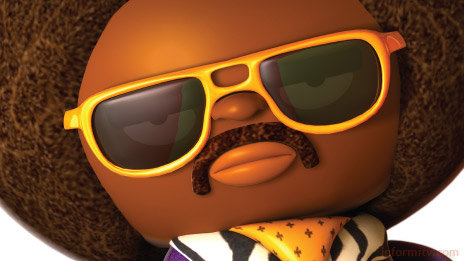 Using the system, viewers can create their own personal digital identity in the form of an animated avatar which can be downloaded to a personal computer or mobile phone.

The current Yomego platform, for example, sits behind the MTV flux service, letting MTV viewers set up the digital identity that will travel with them in whatever MTV service they are using. The company has also created promotional ‘desktop buddies’ for Five and X-Factor.

The Two Way TV Simcast system is used extensively by many UK broadcasters, including ITV and Turner Broadcasting, to provide a range of TV play-along games, picture chat and text competition services.

The companies say they expect their joint offering to open up a range of creative possibilities in the broadcast community.

Guy Templer, the commercial director of Two Way TV, explained: “From our experience with play-along text services, we know people just love getting their names on-screen, their opinions aired or just the bragging rights from being at the top of a leaderboard.”

“Yomego’s platform adds another dimension — you get to control your own alter ego on-screen. We think this is a great marriage bringing the power and cohesion of the on-line virtual community together with the excitement and reach of the television screen — the ultimate in user-generated content”.

Mike Antliff, the managing director of DA Group, said: “As broadcasters compete to attract and entertain audiences and generate new revenue streams, there are clear opportunities to offer more personalised and interactive services that enhance the experience for the users.”

“Two Way TV’s expertise and success in the text-to-TV environment and interactive games market makes this a very valuable partnership,” he added. “We look forward to working with them and bringing broadcaster’s new opportunities for audience participation and content led advertising.”

Some years ago, DA Group was the company that helped to create Ananova, the world’s first virtual newscaster, a concept that was perhaps ahead of its time.

The technology has since been developed to provide a powerful platform to create animated characters. The current generation of avatars tends towards exaggerated animated caricature animation, rather than photorealistic rendering.

As broadcasters begin to embrace the social network dimension of online services, the era of the animated avatar may have arrived on interactive television.