The BBC has been placing increasing emphasis on a new vision of on-demand interactive services, as underlined in the publication of its annual report, but the vast majority of its output and budget is still understandably committed to conventional broadcast programming.

“The BBC is going through huge change, moving from traditional linear broadcasting to the challenging and exciting world of interactive, on-demand digital media,” said Mark Thompson, the BBC director general, presenting their annual report and accounts. 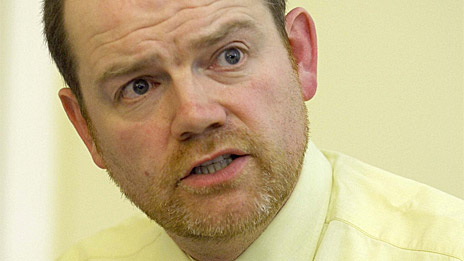 Earlier in the year he launched a new Creative Future vision for the BBC in an on-demand world. “The next challenge is to bring about transformational change within the BBC to achieve that vision,” he said.

The review of new media services from the BBC governors notes that: “The future of broadcasting looks increasingly to lie in ‘on-demand’ — the provision of programmes and other material when, where and how audiences want them, often with an inbuilt interactive element”.

Despite the rhetoric, the commitment to on-demand and interactive services still represents a small proportion of overall budget or the consumption of media, but the trend is increasing, while the BBC share of overall television and radio viewing and listening continues to fall.

Last year the BBC spent £72 million on its web site and £18 million on interactive television, both up slightly on the previous year. Both figures represent a small fraction of the £2.8 billion that the BBC spent on its total output, with licence fee income now over £3 billion a year.

BBC online services continue to grow, now generating over three billion page impressions a month and reaching over 12 million users a week in the UK. Over 4.6 million hours of audio and video streams and downloads were delivered, up from 2.9 million the previous year.

Interactive television services have not matched the growth in digital television penetration. Enhanced television programming had an average monthly reach of 3.2 million users in satellite homes, down from 3.5 million in the previous year, which was boosted by the Athens Olympics.

For 24/7 news, sport and weather information services, average monthly reach was 11 million users, representing a third of adults in digital television homes, based on a new measurement methodology that for the first time accounts for terrestrial and cable platforms as well as satellite.

The report notes that a modest commitment from the previous year to improve the access time to interactive services was not met and will require additional investment that it believes can be better directed on other areas.

Media headline reaction to the report concentrated on pay rises awarded to top executives, at a time when the corporation is shedding thousands of staff to cut costs. Mark Thompson is due to announce a further restructure of the BBC to consolidate its production divisions.

The BBC Annual Report and Accounts 2005/2006 is available for download from the BBC web site.