A group of leading companies, including Nokia and Motorola, has formed the Mobile DTV Alliance to promote the growth and evolution of the DVB-H standard for digital video broadcasting to handheld devices.

A group of leading companies, including Nokia and Motorola, has formed the Mobile DTV Alliance to promote the growth and evolution of the DVB-H standard for digital video broadcasting to handheld devices.

The organisation was launched at a mobile conference at the opening of the NATPE convention of television programme executives in Las Vegas. The group includes representatives from Intel, Nokia, Motorola, Texas Instruments and Modeo, the new name for the mobile subsidiary of Crown Castle International. 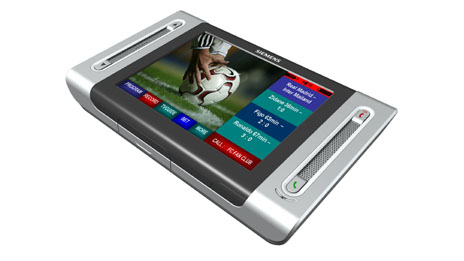 The DVB-H standard has received support of both broadcasters and the mobile community, but faces competition in the United States from Qualcomm, which is promoting its own multicast streaming specification, known as forward link only, or FLO. Qualcomm is building its own network, scheduled to launch in late 2006.

DVB-H is an open standard developed by the DVB Project, based on digital terrestrial television technology and optimised for mobile reception on handheld devices.

More than 10 DVB-H network trials have either concluded or are currently underway around the world, including Australia, Finland, France, Germany, Italy, the United Kingdom and the United States. Following a pilot in Pittsburgh, Modeo has announced plans to deliver live mobile television to the top 30 markets across the United States, due to launch in 2007.

Mobile handset manufacturer Nokia has been a strong advocate of DVB-H. “Nokia is committed to the deployment of robust, scalable and interoperable DVB-H systems to ensure an exceptional experience with mobile TV and related value-added services,” said Juha Lipiainen, their director of strategy and business development for mobile television.

Kevin Jones, director of business development for the Intel mobility group said: “DVB-H is a very effective way to deliver high-quality, broadcast digital TV to mobile users, and Intel is a member of the Mobile DTV Alliance to help promote the standard and availability of this technology.”

“Motorola’s extensive experience in video distribution and cellular tells us that Mobile TV is poised to be one of the next great consumer experience drivers,” said Rob Bero, drector of broadcast technologies for Motorola mobile devices. “As a founding member of the Mobile Digital TV Alliance, we’re pleased to be working with our fellow industry leaders to bring this experience to market faster and make it more accessible to subscribers everywhere via open standards such as DVB-H.”