At the Interactive Television Forum in London, two teams took up the Creative Challenge to produce an interactive TV application in a day.

Teams from MTV Networks Europe and the London interactive design agency Glass took part in the Creative Challenge. It was the first time that such a test has been attempted.

The objective was to see if it was possible to produce a working prototype of an interactive television application during the course of the conference. In the past that might have required special software development skills and a lot of previous experience.

The Creative Challenge was to demonstrate that, with the right tools, it could be done in a day. It was a challenge that was put to Ensequence, using their On-Q authoring tool.

Each team brought along some existing assets and a creative idea. Ensequence provided an experienced developer to drive the authoring software.

The Glass Partnership, an interactive agency co-founded by Ben Hart, formerly of Weapon 7, had not previously used the package. They chose to produce a prototype of an interactive application for WSI, Weather Services International.

Despite starting from scratch in the morning, by the afternoon tea break, both teams reported that they had a working prototype, which they were able to demonstrate to the conference using the On-Q Simulator the following day. 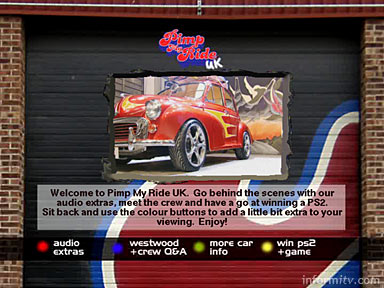 The MTV application demonstrated a practical application that was virtually ready to air. Indeed, MTV is looking to enable more interactive applications to be produced for its UK channel using the Ensequence system. 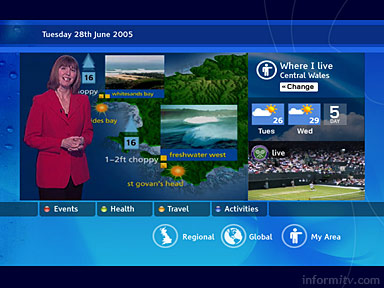 Glass demonstrated a concept for a video-rich, personalised weather application, incorporating multiple video streams. Although in the time available it was only practical to develop a subset of such a complex application, it clearly demonstrated the possibilities for an on-demand cable or broadband service.

The ability to generate and iterate rapid prototypes allows creative and editorial staff to develop their ideas, pitch proposals and evaluate concepts within the tight timescales typically associated with television. Beyond that, it enables these applications to be taken to air, and allows changes to be made right up to transmission.

Ensequence aims to provide a comprehensive authoring solution. Other companies produce products that aim to address a similar market. The availability of such tools goes a long way to taking interactive television from being something of a dark art to enable greater concentration on creativity and usability, which can only be a good thing.

The Interactive Television Forum 2005 took place on 29-30 June at One Whitehall Place in London.