A flat screen combined computer monitor and television with built-in support for MHP interactivity will be launched later this year.

The all-in-one device is designed to allow viewers to watch analogue and digital channels, access interactive broadcast services and also be used a standard computer monitor. It is intended for home offices and bedrooms for which there is apparently a strong demand for space-saving designs. 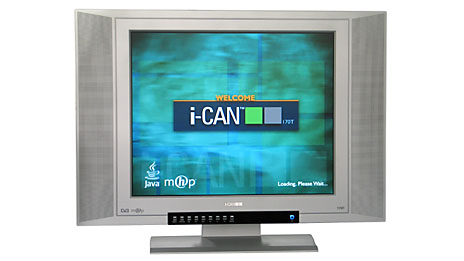 The 17 inch LCD display combines the capabilities of a complete digital terrestrial television receiver with support form MHP interactive services. It can be connected to a personal computer to provide a 1280×1024 display that incorporates a picture-in-picture facility to allow television to be viewed simultaneously.

The display will be manufactured by ADB and will be in the shops in Italy in the Autumn. It will also become available in other European countries that have adopted the MHP platform.