Apple and Major League Baseball will offer Friday Night Baseball on the Apple TV+ service. There will be two games a week, around 50 a year, with live pre- and postgame shows, available in eight countries exclusively on Apple TV+. In the United States there will also be a live show every weekday during the season featuring highlights, while those in the United States and Canada will have additional access to a 24/7 stream, with replays of games, news and analysis, together with on-demand highlights and other baseball programming.

“We’re really excited about this,” said the Apple chief executive Tim Cook, during its latest product announcement event. “This is going to be the best way to watch baseball.”

The MLB games became available after ESPN reduced its weekday rights package in a new seven-year agreement with MLB, in favour of a focus on Sunday matches. MLB is hoping to end a dispute with players that has already reduced the next season and raised questions about how many games will be played in 2022.

Baseball fans will be able to watch Friday night games, free from local broadcast restrictions, on any device supporting Apple TV+, including the iPhone, iPad, Mac, Apple TV HD and 4K, and online, as well as some smart televisions from brands including Samsung, LG, Panasonic, Sony, TCL and VIZIO, PlayStation and Xbox games consoles and set-top boxes including Comcast Xfiniity and Sky Q.

For a limited time, Friday Night Baseball will be viewable without a subscription. It will initially be available in the United States, Canada, Mexico, Puerto Rico, Australia, Brazil, Japan, South Korea, and the United Kingdom, with further countries to be added. 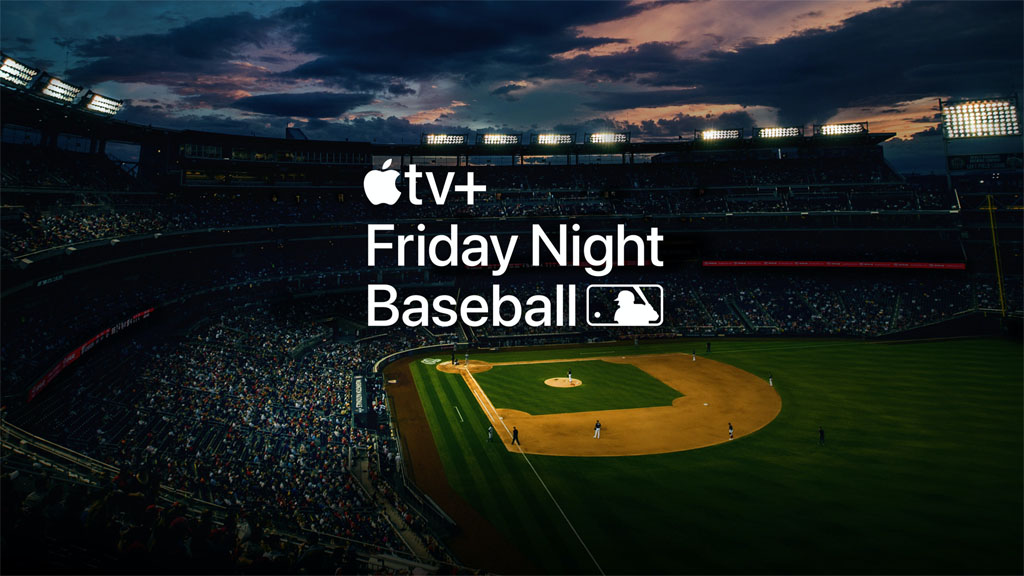 “Baseball has a special place in the heart of so many Apple customers — not just in the United States, but in many countries around the world,” said Peter Stern, the vice president of services at Apple. “We’re proud to make Apple TV+ the home for great baseball moments throughout the season.”

While baseball games have not attracted the same television viewership as American football in the United States, MLB games in the local markets of teams regularly lead all programs in prime time in their markets during the summer. MLB is the second-wealthiest professional sport league by revenue after the National Football League.