Football coverage is returning to television, together with canned crowd noise and features to allow fans to watch together at home. Sky Sports is launching innovations to improve the viewing experience, as Premier League matches resume without crowds due to coronavirus restrictions. BT is also offering viewers the option to watch with or without added crowd noise and to be able to share the experience with friends. The BBC will show live Premier League football coverage for the first time and Amazon is also making its matches available free of charge.

The remaining 92 matches of the season will be broadcast live in the United Kingdom by the existing broadcast partners, as all matches will take place behind closed doors. 33 of the games will be available without subscription.

“We are extremely happy that more than a third of our remaining fixtures will be televised free-to-air here in the UK,” said Richard Masters, the chief executive of the Premier League.

Sky Sports will include crowd noise options as part of its coverage when Premier League coverage returns. It will broadcast 64 matches across the final rounds of the Premier league season, including 25 on its free-to-air Pick channel.

In partnership with EA Sports FIFA, Sky Sports has created a range of sound effects, team noises and chants to add atmosphere to the empty stadia, as the players perform behind closed doors. Viewers can choose to watch with or without the added sound effects.

Viewers will also be able to use a new feature on the Sky Sports website and app to watch certain matches with friends in a video room and interact while the action unfolds, giving them the chance to chat about the match and influence the crowd noise they hear on screen. 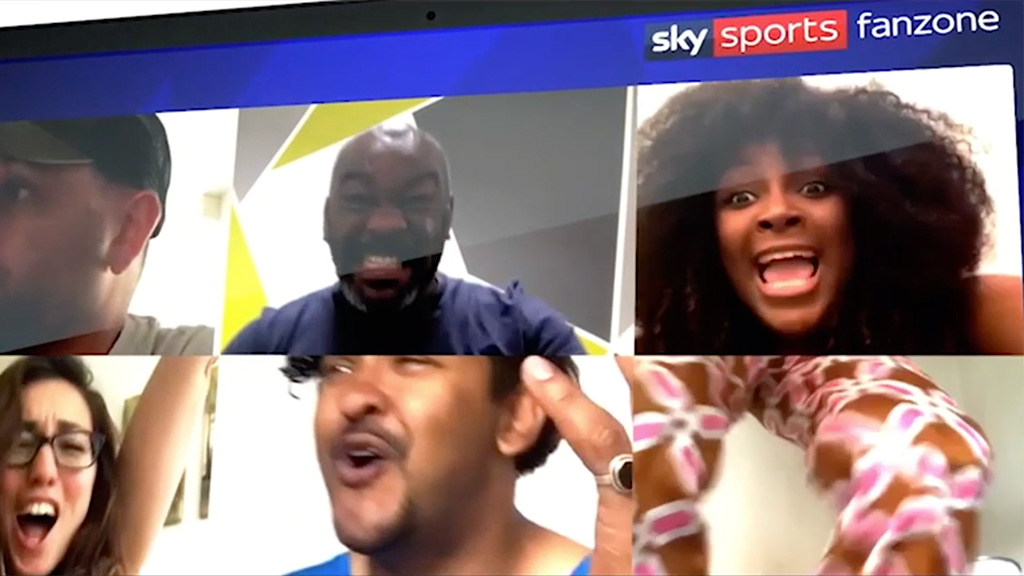 Announcing the new features, Sky Sports managing director Robert Webster said: “With live sport on hold for over two months, we’ve spent a lot of time thinking about how we broadcast in new ways to bring fans together, even if they can’t meet up to watch the match. We want Sky Sports viewers to still feel it all and have the best possible viewing experience — even if they can’t be in the stadia or watch with their family and friends.”

BT will also be offering canned crowd noise and the option to watch together with friends during the game. BT Sport has previously tested the feature using technology from Sceenic.

Simon Green, head of BT Sport, said: “We are looking forward to broadcasting live domestic football again and bringing some new innovations to our customers to give them the best viewing experience possible.”

Amazon is also making coverage of their allocation of four Premier League matches available free, without requiring a subscription to Amazon Prime.