The statement from Prime Minister Boris Johnson announcing strict new coronavirus restrictions was watched by more than 27 million people in the United Kingdom. It was the largest television audience for many years and demonstrates that viewers still turn to television in times of national interest.

The pre-recorded announcement was played out simultaneously across BBC One, ITV, Channel 4, Channel 5, BBC News and Sky News. The statement was further repeated in news bulletins and continuous news coverage. 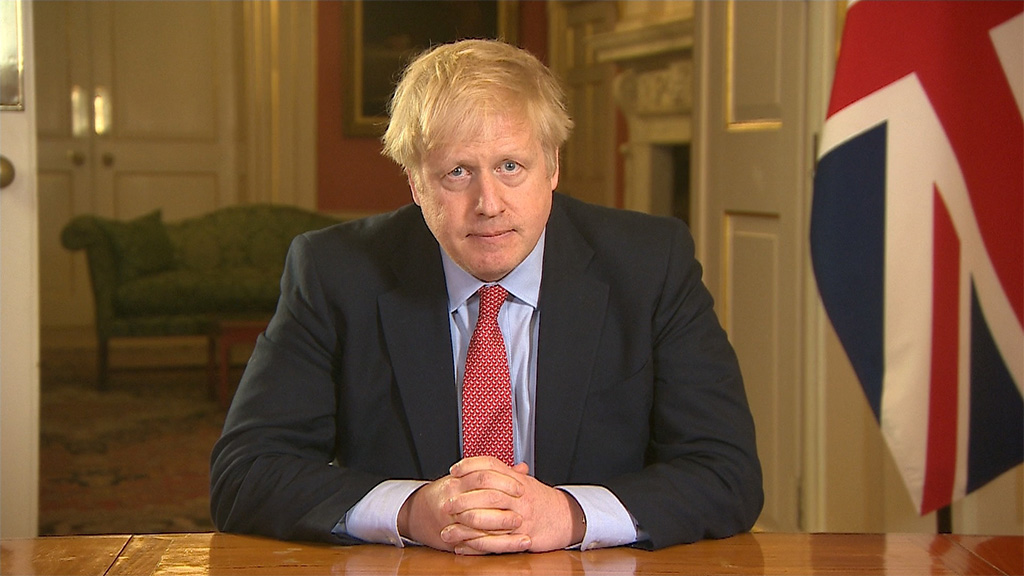 The overnight viewing figures do not include those that watched online, so the actual audience is likely to be even higher.

The address was also presented on Amazon Prime Video in the United Kingdom, where it has received 3 out of 5 stars and a fairly critical response.

The previous most-watched broadcast in the United Kingdom was the London Olympics Closing Ceremony in 2012, which was viewed by 24.46 million, slightly more than the Opening Ceremony. However, these were long programmes and the peak audience was higher, with the Opening Ceremony reaching a peak of 26.9 million viewers.

The Royal Wedding of Prince William and Catherine Middleton in 2011 attracted a consolidated average audience of 26 million viewers across 10 channels that had live coverage, although the largest audience for a single channel was 13.59 million on BBC One.

The Wedding of Charles, Prince of Wales, and Lady Diana Spencer in 1981 had an audience of 28.4 million across BBC One and ITV.

The Wedding of Princess Anne and Mark Phillips in 1973 had an audience of 27.60 million on BBC One.

Otherwise, the most viewed programmes include episodes of EastEnders, which was watched by 30.15 million viewers in December 1986, including repeats.

The announcement by Boris Johnson was the first prime ministerial address in the country since Tony Blair announced the invasion of Iraq in 2003.

There is a formal obligation on the BBC that any government minister may request that the BBC broadcast or otherwise distribute any announcement or other programme.

Generally, such announcements are presented as a matter of public interest. It is clear that this announcement was certainly of interest to the public, imposing unprecedented restrictions on movement and assembly in response to the coronavirus pandemic.

Television has once again shown that it can bring people together like no other medium.