The BBC received a total of 1.6 million requests during its online Ultra HD trial, although the highest peak was for 60 thousand streams during the quarter final of the World Cup football match between Sweden and England. While many were delighted with the pictures, some reported predictably variable results.

The numbers are consistent with the cap of ‘tens of thousands’ that the BBC anticipated would use the 4K Ultra HD trial service. That represents around 1.6% of the 3.8 million that watched the same match online. Meanwhile an audience of 17.4 million watched the match in the traditional way on the BBC One television channel.

The BBC provided both the World Cup football final between France and Croatia and the men’s singles tennis final from Wimbledon as part of its online Ultra HD trial. With both events taking place on the same day, slightly overlapping, the peak number of Ultra HD streams was just over 44 thousand that day. 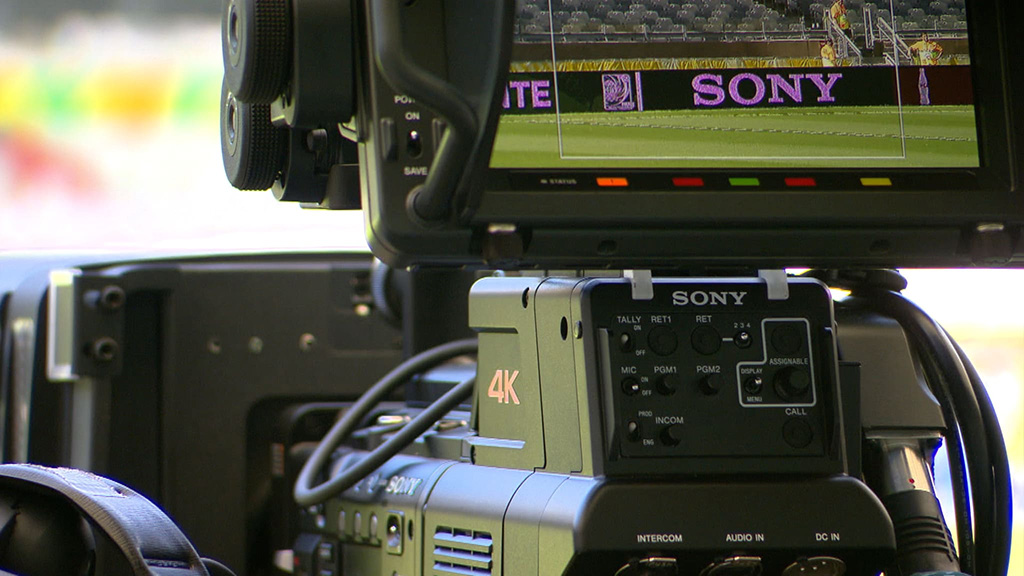 The coverage used a combination of video sources, not all of which were available in Ultra HD. Some of the cameras, replay devices and virtual set renderings were only available in high definition.

For the World Cup, the BBC took a feed from the host broadcaster service in Sony S-Log3-Live format and converted it into the Hybrid Log Gamma format it has developed in conjunction with NHK.

The BBC used software based HEVC encoders with graphics processor acceleration, encoding at 36 megabits per second for the full 4K 3840×2160 representation.

The adaptive encoding also provided a lower resolution representation of 2560×1440 at 16Mbps, as well as 1080p and 720p versions at 10Mbps and 7Mbps respectively.

So depending on local network conditions at any time, viewers may not have been watching in high definition rather than Ultra HD, albeit with the benefit of progressive scanning at 50 frames per second.

The BBC has reported a great deal of variability in the experience received. One viewer would report perfect viewing, while another with the same model of display would report constant buffering. Sometimes this could be traced to a wireless network or the broadband connection.

A member of BBC the Research and Development team reported his own experience reflected this. Sometimes one device would work well, while at other times it would buffer, yet other devices would work well, with no obvious local network issues.

Some viewers also reported that the pictures were dull, suggesting that the wide colour gamut and high dynamic range were not producing the intended effect on their displays.

The sound also underwhelmed some viewers. For technical reasons it was offered as a stereo mix, rather than in 5.1 surround sound or Dolby Atmos.

Then there were the delays. Some latency is inherent in the streaming technologies used, but users reported this ranging from 45 seconds to “a few minutes”. The ‘live’ viewing experience is somewhat undermined if you can read about it first online.

The World Cup and Wimbledon coverage provided a valuable opportunity for the BBC to evaluate Ultra HD production. Yet the number of people that were actually able to view the results was relatively small, only slightly more than the number watching in the Samara stadium.

It is rather like the early days of television, or colour, or digital transmissions, appreciated only by a relatively small number of early adopters.

The BBC broadcast the Wimbledon tennis finals in Ultra HD on satellite, potentially available to a much larger number of Sky viewers with the appropriate equipment. Although it mentioned this on air and in its online news coverage, there was no reference to this in its own press material.

There is clearly a concern by the public service broadcaster not to promote a service that can only be viewed on a pay television system, although there is no fundamental reason that the BBC could not offer it free to air through other platforms.

Instead, the BBC prefers to promote the BBC iPlayer as an online alternative, despite the evident technical limitations.

The future of television and video may well lie in internet protocols, but that does not necessarily mean that everyone will be watching through the BBC iPlayer.

There were 3.8 million requests for live coverage of the England match through the BBC iPlayer and BBC Sport web site, indicating that there is an audience eager to watch online when they are away form their television. That was largest live online audience for a BBC programme ever, a little behind the 4.3 million that watched the semi final live online on ITV.

Overall, the World Cup tournament generated 56.3 million requests to watch live streams of the coverage from the BBC, up from 15.9 million for the event in Brazil in 2014.

However, the use case for watching in Ultra HD is very different. It benefits from viewing on a large screen, with a decent sound system, without technical compromise.

Undoubtedly, the 2018 World Cup can be viewed as a success for online viewing in the United Kingdom. The key question is whether the 2022 World Cup from Qatar will be broadcast by the BBC in Ultra HD, rather than being limited to online viewers, lagging behind those watching on television.