The informitv Multiscreen Index reported an apparent loss of just over 5 million subscribers or 1.14% in the first quarter of 2018. That was partly due to a reported loss of subscribers in the Asia Pacific region, following the merger of Dish TV and Videocon d2h in India. Excluding those companies, the index rose by 0.36%, which is the lowest quarterly gain seen so far.

Dish TV and Videocon d2h had previously reported a total 29.51 million subscribers between them. After merging in March, the enlarged Dish TV had 6.90 million more subscribers than it had the previous quarter, although overall there appeared to be an apparent loss of 6.51 million from the previous combined total.

Excluding Dish TV and Videocon d2h, the index rose by just 1.49 million subscribers, or 0.36%, which is the lowest quarterly increase informitv has seen. The average quarterly gain over the previous three years has been around 4.5 million, or 1.15%.

Dish TV in India emerged with 23.00 million subscribers, sending it straight to the top of the Multiscreen Index, ahead of American operators Comcast with 21.21 million and DIRECTV with 20.27 million. AT&T still has more subscribers overall in the United States, with a total of 25.32 million including U-verse and DIRECTV NOW. AT&T has the largest number of subscribers as a group, with 38.89 million across the Americas, up by 93,000.

Subscriber numbers in the Europe, Middle East and Africa region rose by just 0.19 million in the first quarter, with the top 10 losing 112,000 between them, despite gains from Sky, Rostelcom and Cyfrowy Polsat. Sky has 22.90 million customers across Europe, which is an increase of 38,000. The largest loss was for Canal+ International, which shed 212,000 subscribers in the quarter. 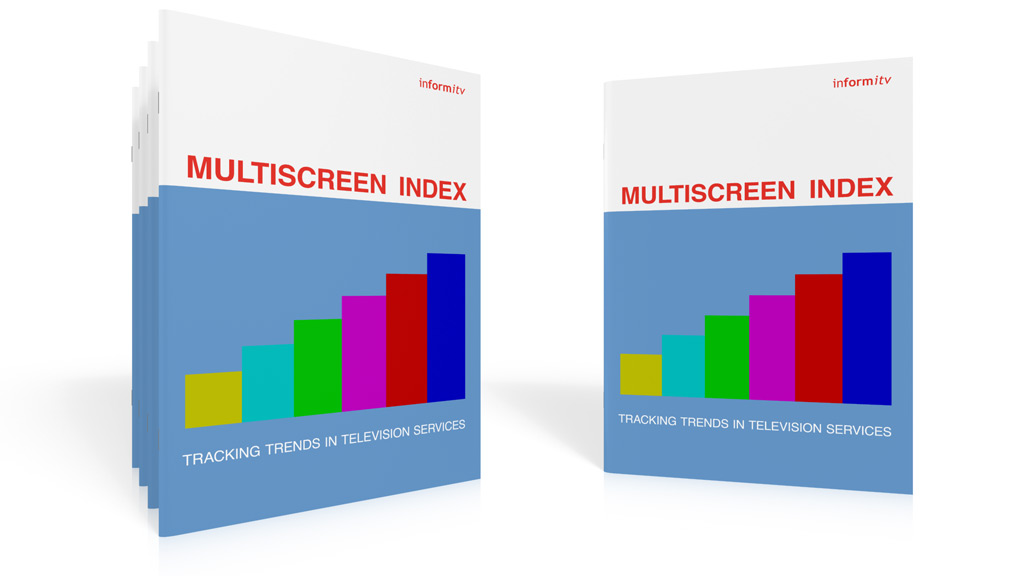 Satellite services in the United States continued to see subscriber losses, with DIRECTV losing 188,000, and DISH Network losing 185,000. The top 10 services in the United States lost 212,000 subscribers in the quarter, with only three of them reporting gains. The largest of these was from the online service DIRECTV NOW, which added 336,000 subscribers, taking its total to 1.42 million. Sling TV from DISH Network added 91,000, for a total of 2.30 million.

With Sling TV and DIRECTV NOW regularly reporting subscriber numbers, the Multiscreen Index now accounts for online distribution as a separate category, in addition to cable, satellite and telco networks. With a total of 3.71 million online subscribers in the index it is far smaller than satellite, which still leads with 182.12 million subscribers.

The Multiscreen Index excludes Netflix, which has 55.09 million paid subscribers in the United States and a further 63.82 million elsewhere, but does not qualify as a multichannel television service.

However, 94 of the 100 services in the index, including almost all those in the Americas and Europe, offer some form of multiscreen access on screens in addition to the traditional television, such as a phone or tablet, computer or other network- connected device. 95% of homes subscribing to the services in the Multiscreen Index have access to multiscreen viewing. The actual adoption of multiscreen services is much lower.

“Traditional television subscriber numbers are flat or falling for some services and tracking them through mergers and acquisitions, together with changes in reporting methodologies is increasingly complex,” observed Dr William Cooper, the editor of the informitv Multiscreen Index.

“Only 48 of the 100 services in the index reported subscriber gains in the first quarter. That does not include some services that only report figures once or twice a year.”

The 10 services with the greatest quarterly gains added 8.53 million subscribers between them, although the 6.90 million added to Dish TV was through acquisition rather than organic growth. Without Dish TV, the remaining nine services gained 1.63 million. That is less than half the gain of the top 10 services for the same quarter a year previously.

The Multiscreen Index comprises 100 leading multichannel television and video services that collectively account for around 430 million subscribing homes worldwide. The index provides an industry benchmark of the relative performance of television service providers against which customer gains or losses can be measured.