One of the recurring themes on display at the International CES in Las Vegas was High Dynamic Range video. It promises better pictures, which is a good thing, but once again display manufacturers are ahead of the curve compared to the broadcast industry. So what exactly is HDR and why should we care?

With respect to images, high dynamic range refers to representing a greater span of luminance levels to accommodate wider differences between the darkest and the brightest areas of a scene.

The human visual system is well adapted to perceive a wide range of colour and brightness that can be seen in the real world. Reproducing this accurately using current imaging technologies remains a challenge.

Still photographers are learning to enjoy the wider latitude of the latest digital sensors, higher bit-depth raw file formats and even multiple exposures to map images of high contrast scenes to the limitations of existing screen and print reproduction.

Handled well, this can produce images that appear more lifelike, corresponding better to how the scene was originally perceived, although when overdone it can produce results that appear rather unnatural.

Various approaches for moving images are being adopted but common standards have yet to emerge for distribution and display.

Dolby is promoting its Dolby Vision approach across the ecosystem, from acquisition to presentation, offering an expanded colour gamut and a contrast ratio of up to 10,000:1. It is designed for delivery using additional metadata that can be ignored by traditional screens but decoded by compatible devices to transform it to the best possible output on the target display.

Netflix and Amazon are Dolby Vision partners and are promising to support 4K with HDR. Apple and Google have yet to declare their hand.

The Blu-ray Disc Association, or BDA, is formulating a new Ultra HD Blu-ray format that supports 4K resolution and high dynamic range images. It is likely to include a mandatory open HDR specification but may also support proprietary technologies such as Dolby Vision. We can expect the technical specification to be released sometime in 2015, with the first titles available by the end of the year. Some might say that is a year too late.

The Digital Entertainment Content Ecosystem, DECE, the consortium promoting UltraViolet, is also looking at high dynamic range, among other features, but has yet to announce anything.

The UHD Alliance of a number of studios, distributors, consumer electronics and technology companies has come together to establish common standards, including high dynamic range and wider colour gamut.

One of the primary concerns of broadcasters is to maintain open standards, rather than adopting proprietary specifications.

Carefully grading and mastering the image for a movie is one thing, but accommodating dramatic differences in contrast for live television broadcasts is another. The classic example is a sports field that is in bright sunlight on one side and dark shadow on another. The problem lies in reproducing this in a way that is acceptable on conventional screens while taking advantage of more capable displays.

The irony is that the television industry has consistently compromised picture quality since the advent of digital television, largely to accommodate the limitations of available technology and to remain compatible with legacy cathode ray tube displays and transmission standards.

The standards currently used for high-definition television transmission worldwide are limited to 8-bits of brightness data, with a range of legal values between 16 and 235.

Meanwhile, the technical limitations of many flat screen displays and mean that blacks are never really dark and whites burn out before they are really white.

This combination typically results in low contrast images with visible banding in areas of colour gradients.

The hope is that ultra-high-definition will bring not only higher spatial resolution but increased colour gamut and dynamic range to provide a dramatic improvement in picture quality.

Manufacturers are desperate to differentiate their displays, but are dependent on the availability of media to demonstrate them to their best effect. 4K material using HDR is so far limited to specially produced demonstration sequences.

All the major manufacturers seem to have some version of HDR. Seen side by side, HDR displays deliver visibly improved images, which it is difficult to illustrate in a comparative image.

Samsung is referring to its combination of HDR and Quantum Dot colour as SUHD TV. It may help Samsung position its products but the last thing the industry needs is another name. 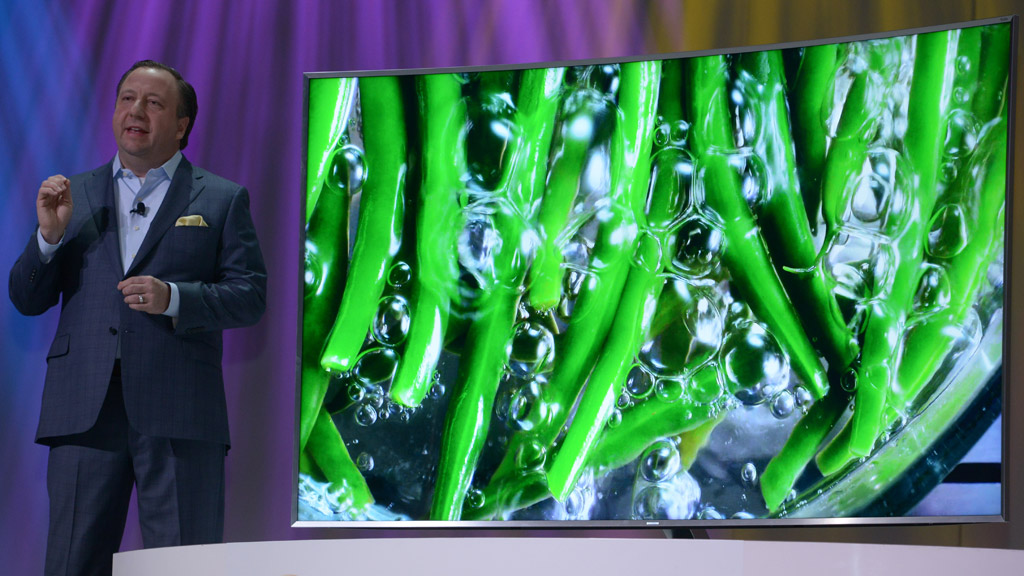 Selling viewers the apparently obvious benefits of better pictures will remain problematic, particularly while there is confusion over terminology and standards.

Most people could not care less about high dynamic range or quantum dot technology, but they may appreciate better pictures. Given the choice, many will buy a screen that looks sharper, brighter with greater contrast and more vibrant colours, even if television signals remain by definition standardised.

For those that do care, there is the promise of improved picture quality, even if material that can take full advantage of these displays will initially be limited.

Online services and pay-television platforms are likely to be leading the charge, while free-to-air broadcasters remain locked in their legacy standards.