Panasonic has been running through some of the features of its new Smart Viera series of flat screens and smart network products at its annual convention in Nice. While televisions may be getting smarter, it is not clear that they are any easier to live with. The solution may be a simpler separate display screen, which can be connected to and controlled by other devices.

The emergence of the smart television has produced contradictory trends in user interfaces.

On the one hand, it seems that the television channel is being reduced to yet another application. 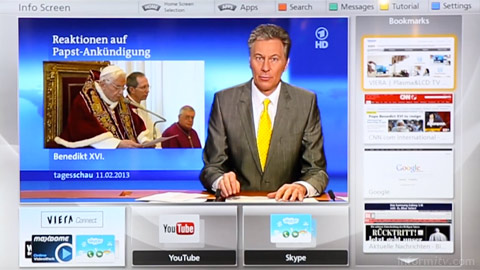 One example of this is the use of twin tuners to allow preview and selection of a channel in one window while continuing to watch on another, although of course you can still switch to viewing television channels full screen.

On the other hand, Panasonic is showing a smart calibration app that allows the image to be adjusted remotely using a tablet, without any on-screen overlay clutter. 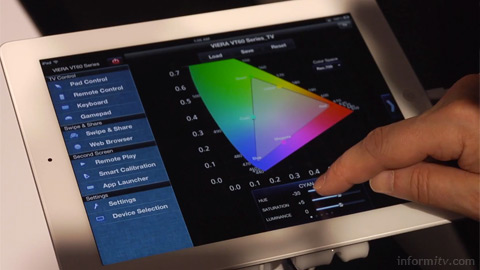 This is clearly the province of enthusiasts and professional installers who want to tweak the gamut and gamma of their display, rather than simply change the volume.

It could become a standard feature, as user interfaces move to more capable touch screen devices and are no longer limited by simple on screen displays and the constraints of operation with a remote control.

It seems that any navigation and selection should ultimately migrate to a second screen, such as an application on a smartphone or tablet, or a dedicated controller, which should seamlessly switch between sources. This ‘second screen’ will become the primary user interface.

With all their smart new features, televisions seem to be getting more complicated, rather than simpler to use. Manufacturers of connected televisions appear intent on bringing the web browsing experience to the television, while users seem simply to want to enable their smartphones and tablets to interact with the main screen.

To this end, Panasonic has introduced a couple of digital media players, specifically designed to access media over a home network or from the web. They both also support Miracast display mirroring using Wi-Fi direct. It is a bit like Apple AirPlay but currently works with Android 4.2 or later devices. This means the media streamer can receive video from a compatible Wi-Fi device and play it on a connected television, even without using a Wi-Fi access point. It can also access media on a home network using DLNA. 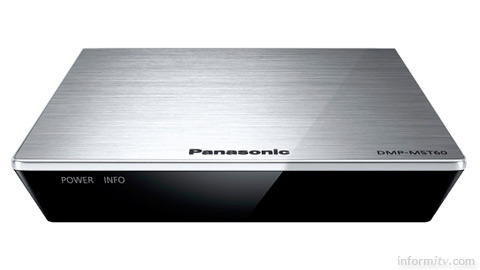 Unfortunately, this still means connecting yet another box to the television. The problem is that the television screen is already a multifunctional device, much as broadcast networks would rather believe otherwise. Almost by definition a television receives over the air channels, which may or may not be relevant to those with pay television, where the main user interface will be with the service provider and often a digital video recorder they supply. The screen may also be connected to a disc player, a games console or a media player, all of which have separate user interfaces.

Many people seem to struggle to juggle between these different inputs, let alone navigating between multiple apps as well.

Logically, it seems there should be a separation between the screen as a display and a media hub that accepts various legacy input signals, while connecting to a wired or wireless local area network. It should be possible to control this either with a traditional infrared remote control or using applications on other network connected devices.

This implies a new category of consumer electronics device, a media hub, like a media streamer, with multiple inputs and a unified interface, which connects to a relatively dumb display screen.

So the screen effectively becomes a monitor, with a single input and minimal physical controls, capable of being calibrated and controlled remotely over a network. It will come in a range of sizes and resolutions, with an inevitable progression to 4K, which is four times the resolution of current high-definition displays.

Now, of course television manufacturers do not wish to be reduced to selling dumb displays, but in reality that is all many consumers really want or need.

At the moment it seems easier to persuade consumers that they need a new, highly integrated smart television.

However, it will only be a matter of time before somebody figures this out and finally cracks it. When they do it will no doubt be seen as an example of design genius, but the solution to this puzzle is already hiding in plain sight.