Technical executives of broadcast organisations from around the world have joined the global Future of Broadcast Television Initiative. This represents a laudable effort to define the requirements for future global terrestrial television standards, but it currently lacks representation from other fields of telecommunications and information technology. The vision is there but it needs to be part of a bigger picture.

Announced at the National Association of Broadcasters convention in Las Vegas, the founding organisations have signed a memorandum of understanding that builds on the Future of Broadcast TV Summit held in Shanghai in November 2011, with a declaration on 11/11/11 that established a framework for cooperation to chart the future course of terrestrial television broadcasting. 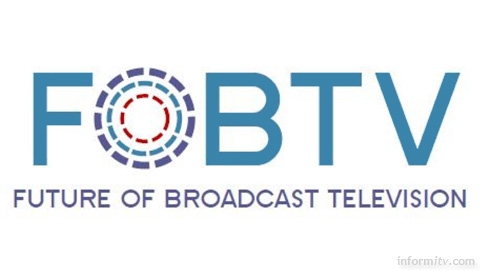 In the analogue age, television was defined by three main systems, NTSC, PAL and SECAM. In the digital age divisions have remained and consequently there is no single digital television standard.

The ambitious aim is to try and break down many of the long-standing barriers that have prevented common systems. The initiative observes that we are in an era of integration of broadcast, internet and other communications technologies, all of which have evolved in parallel. Digital technology holds the promise of cooperation among all these different networks and transmission systems.

The members believe that terrestrial broadcasting is uniquely important because it is wireless, supporting devices that can move, and can reach a potentially unlimited number of receivers.

The goals of the FoBTV initiative include developing future ecosystem models for terrestrial broadcasting, the requirements for next generation terrestrial broadcast systems, collaboration of development laboratories, recommendations of technologies on which to base new standards, and requesting standardisation of selected technologies by appropriate standards organisations.

The chairman of the non-profit organisation has been elected as Mark Richer, the president of the Advanced Television Systems Committee. The vice chairman is Phil Laven, the chairman of the Digital Video Broadcasting Project. The chairman of the technical committee is Dr Wenjun Zhang, the chief scientist of the National Engineering Research Center of Digital TV of China.

This laudable initiative could eventually set global standards for the future of terrestrial television. It is significant that the inception of the initiative was in Shanghai, supported by a number of Chinese organisations. It has broad international support from leading technical bodies, including the ATSC in the United States and the DVB in Europe. Optimistically, that could lead to an eventual harmonization of international standards, avoiding the fragmentation of different television systems that has been perpetuated in the digital era.

What is more of a concern is the lack of representation, once again, of organisations from an information technology background. Also evidently absent so far is any participation from the worlds of mobile communications, satellite or cable television.