AT&T will sell its U-verse broadband television service in over 600 Wal-Mart and Circuit City stores in areas where it is available in 13 states across America. The telecommunications company aims to double its U-verse users and reach a million homes by the end of the year. It is extending the service with a Total Home DVR that allows users to watch recorded programmes on any connected television in the house.

“We’ve been expanding U-verse availability at a rapid pace, and now we’re expanding the way millions of consumers can learn about the benefits of AT&T U-verse and order the service,” said Glenn Lurie, who is responsible for national distribution at AT&T.

U-verse will be promoted in stores in Arkansas, California, Connecticut, Illinois, Indiana, Kansas, Michigan, Missouri, Nevada, Ohio, Oklahoma, Texas and Wisconsin. Customers will be able to learn more about the U-verse service and place an order in store. 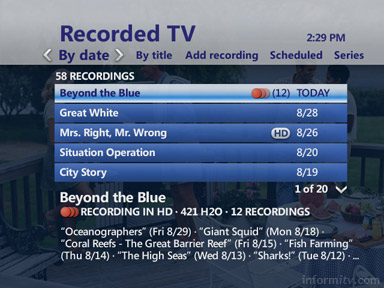 Total Home DVR
U-verse is now promoting a ‘Total Home DVR’ that allows users to play back recorded shows from a single digital video recorder on any connected television in the house. Users can pause a show in one room and pick up where they left off in another. They can play back up to four recorded shows, with up to three in high-definition, at once.