TiVo users are now able to browse, purchase and rent programmes and movies from Amazon directly on their television. It is a significant step, not least because the programming will be delivered over broadband without the participation of cable television providers.

Launched in September 2006, Amazon Unbox is a digital video download service that offers over 10,000 television shows, movies and other video programmes for rent or purchase.

Previously, the Unbox service required users to download programmes to their personal computer and then send them across a home network to a digital video recorder for viewing on television. Unlike Apple TV, the new service from Amazon and Tive does not require the use of a personal computer. Videos rented or purchased on Amazon Unbox can be viewed via the PC or directly on the TV through Amazon Unbox on TiVo. 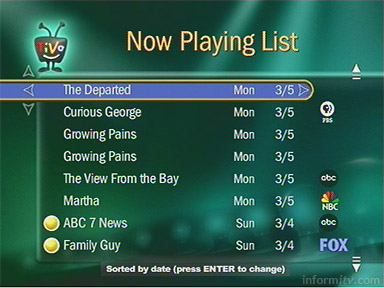 “The ability to purchase or rent movies and TV downloads directly on the TV makes it as easy as possible for TiVo subscribers to access premium content from Amazon Unbox,” said Tara Maitra, vice president of content services at TiVo.

Amazon Unbox fully integrates with TiVo’s new innovative search function, Universal Swivel Search, which allows viewers to seamlessly link from descriptions of one program to all others that have common elements, including program name, actors, or suggestions based on other viewers’ feedback. This means that there is no need to use an alternative interface to search for programmes stored online. 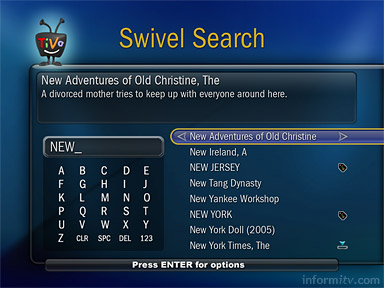 The collaboration between TiVo and Amazon is a significant step. “In terms of online movie download services, we have long argued that the key to their success is reaching the TV,” said Michael Greeson of informitv partners The Diffusion Group. “Pushing broadband video directly to the TV instead of the PC is but the next step in an evolutionary process predicted by TDG several years ago, one defined by a series of incremental but important shifts.”

The long-term implications of this are clear, he suggests. High-quality, high-demand, high-value online video programming is coming to the television, without the assistance of the personal computer and without the permission of existing pay-television providers.