Virgin Media managed to lose customers in the last quarter despite mounting a major marketing campaign. Its chief executive admitted that it could lose more as a result of its dispute with satellite broadcaster BSkyB which grew its customer base over the same period. Virgin Media is meanwhile preparing to launch an IPTV service to extend its reach beyond cable homes.

Following a £25 million investment in the Virgin Media rebrand, the former NTL:Telewest cable company, in which Sir Richard Branson is now the largest shareholder, reported a loss of over £15 million in its first quarter results, compared to a profit of 9.2 million in the previous quarter. 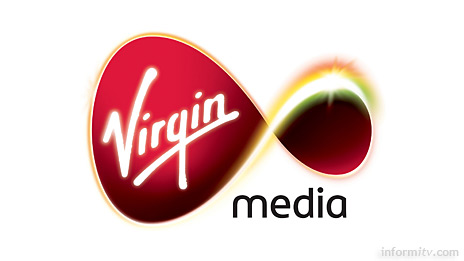 Virgin Media said it attracted 184,000 new customers, less than in the previous quarter, “due to the loss of BSkyB’s basic channels from our platform and to increased competitor activity”. The company added 75,000 digital television customers, again less than in the previous quarter, but warned that this could turn into a loss in the next quarter. Overall, it lost nearly 47,000 customers, largely as a result of losing 63,000 telephone subscribers.

The cable company could lose even more television customers as a result of its dispute with satellite broadcaster BSkyB. The two companies failed to agree on charges for carrying their respective channels, resulting in the loss of basic Sky channels on cable, which Virgin described as “abusive behaviour” over which it has filed legal action.

As a result of the Sky dispute and continuing pressure on telephony, Virign Media said it expects negative net additions, that is to say customer losses, across television and telephone services in the next quarter.

“We’re not being cavalier about it, but we’re comfortable that we made the right decision economically for the business, and we believe that in the long term we made the right decision for the customer,” said chief executive Steve Burch. He said the expenditure on the rebrand and marketing “will have long-term benefits as we establish our position in the marketplace”.

Nevertheless, the poor performance can only be seen as disappointing. The net effect of the multimillion pound marketing campaign to rebrand the cable company as Virgin Media has been to highlight that Sky’s most popular channels are no longer available on cable.

Video-on-demand services are now available to all Virgin digital television customers, but less than half of them are using them each month. Virgin claims that its three-tuner V+ digital video recorder is the best on the market. It now has 150,000 subscribers who have upgraded to the service.

Virgin Media now plans what it describes as an aggressive roll-out of its ‘off-net’ strategy, through a branded digital terrestrial television set-top box and electronic programme guide.

Significantly, the company said that it is close to finalising an agreement with a wholesale local loop unbundling provider, which will enable it to launch an IPTV or internet protocol television service in 2008, including pay broadcast channels and video-on-demand services to customers on unbundled exchanges outside its cable areas.