French commercial broadcasters TF1 and M6 have agreed that subject to the completion of their proposed merger they will buy out the equity interest of France Télévisions in the online video platform Salto. The one-third stake is valued at €45 million.

Salto promotes itself as the French entertainment platform, “La platforme française de divertissement”, but it seems that for France Télévisions it is an opportunity for divestment. 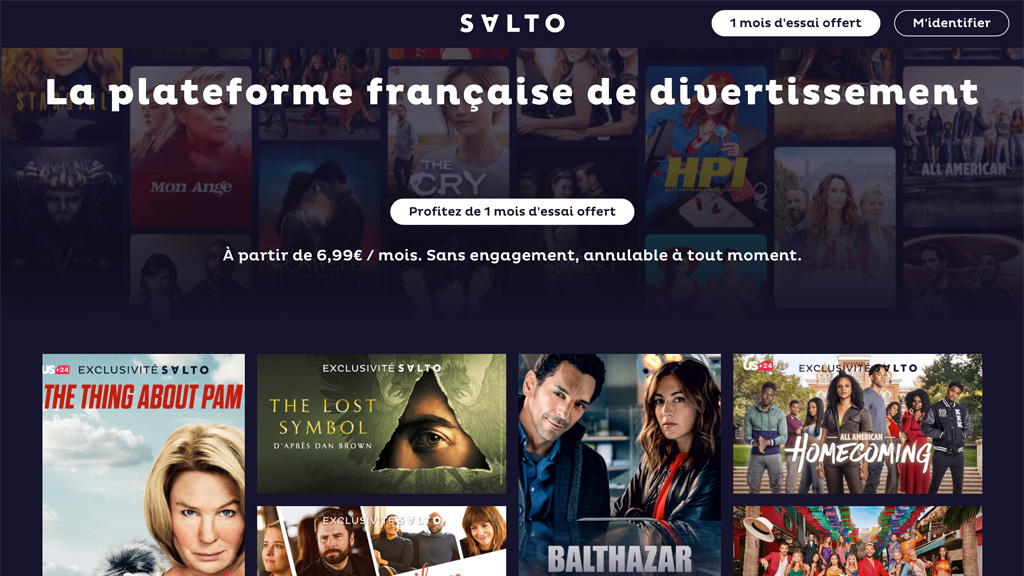 When the proposed merger between TF1 and M6 was announced in May 2021, they proposed the development of a French online service combining a catch-up and live streaming offer, based on MyTF1 and 6play, and an online video subscription service.

France Télévisions group expressed its wish, if the merger is completed, to divest its equity interest in Salto. The subscription video on demand service was launched in October 2020 and owned in equal shares by France Télévisions, TF1 and M6.

The TF1 and M6 groups have now undertaken that if the merger is completed, they would buy out the 33.33% equity interest held by France Télévisions at a definitive value of €45 million.

Until then, Salto will remain under the joint control of its three shareholders throughout 2022 to facilitate the ongoing development of the platform, in line with undertakings made with respect to the French Competition Authority.

Under the planned merger, Groupe Bouygues would have exclusive control over the combined company, acting in concert with RTL Group as a strategic shareholder.

Delphine Ernotte, the president of France Télévisions, said in January that Salto had about 700,000 subscribers, but did not indicate how many of them were paying subscribers. Others have put the number at around half a million, which is far fewer than rival services from Netflix, Amazon, or Disney, with which it competes, and well short of expectations of a million customers.