The head of the BBC recently gave a stirring speech to staff about ‘the BBC in the internet era’. For some this began towards the end of the twentieth century, when the BBC first went online. Now the BBC is about to become more personal, although not for the first time, with a new approach to recommendations. But does public service broadcasting in the internet era require a more radical rethink?

Lord Hall of Birkenhead, the director general of the BBC, argued that the BBC has embraced the internet age, that the internet strengthens the case for the BBC and provides tools to make public service broadcasting even better.

He said that in the next ten years distribution over the internet will be as important as over the airwaves. Yet the internet is more than just another means of delivering digital media.

The director general restated the mission of the BBC in the internet era is to provide great British programmes and services and a trusted guide for everyone. That is increasingly challenging and the BBC acknowledges the risk of becoming less relevant as audiences fragment.

History will no doubt judge when the internet era really began, but the web is already over 25 years old, as the BBC approaches its centenary. Broadcasters have been relatively slow to adapt to the information age, although the BBC has always seen itself at the vanguard. 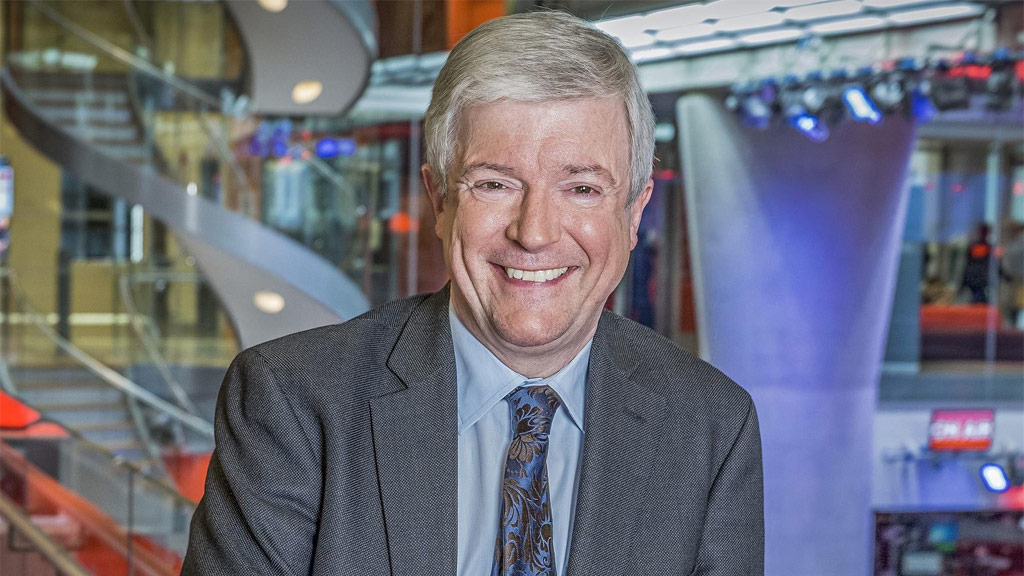 The BBC was an early adopter of the internet. Indeed Tony Hall said he took BBC News online in 1995, when he was director of news. Some might remember it was some time after that before there was a BBC news web site. At the end of 1996, the BBC home page consisted of links to two pages, one about the BBC and another listing various programme genres, with a list of programme schedules, updated every Tuesday.

The BBC is now hoping to teach the nation to code, just as it did back in the early eighties, with the BBC Micro computer. This was adopted by most schools in the United Kingdom as part of the BBC Computer Literacy Project, using the BBC BASIC computer language.

This year the BBC is also going to offer personalised services, with recommendations on the BBC home page, the BBC iPlayer and a new BBC app. It is currently called myBBC. The idea is to allow users to create their own individual experience of the BBC, with personalised recommendations and notifications.

This can work well in some genres, like news and sport. It can be more difficult in other areas such as entertainment.

Tony Hall said: “I don’t think anyone in the market has cracked recommendations. I want us to be the first to get it right, but to do something different  public service recommendations.”

He suggested relevant recommendations for the recent period drama Wolf Hall could include a feature on whether Anne Boleyn was a proto-feminist, or other programmes about the Tudor period, radio programmes about historical novels, or related material from the British Museum or the Royal Shakespeare company.

“This is the start of a real transformation — the myBBC revolution,” he said. “How to reinvent public service broadcasting through data.”

Whether that is what people really want, or whether they would just like to be able to watch the programme on its own merits or on the recommendation of others is another matter.

The concept of myBBC is also nothing new. Some might recall the myBBC service originally launched in 2000, or a later attempt in 2007 to provide a personalised home page.

For over a decade, informitv has advised broadcasters to develop a more personal relationship with their individual users, rather than attempting to address a massive passive audience. Their audiences are generally declining and people are becoming more active in their use of media.

The rise of social media over the last decade is partly a result of the unique network characteristics of the internet and partly a response to a profound psychological need of people to feel like part of a community.

At its best, broadcasting delivers this social inclusion, bringing people together in memorable shared experiences. In their own way, Facebook, Twitter and Flickr can do this too.

Social media is now the leading online activity in the United Kingdom. The BBC can of course continue to contribute to this collective conversation. One of the most important and powerful things that broadcasters can do is give people something to talk about.

The BBC likes to characterise radio and television as the original social media, but public service broadcasters, and the BBC in particular, have always had a role in telling people what to think. The BBC continues to see itself as ‘a trusted guide’ to “what citizens like you would love to watch and need to know”.

The director general concluded by saying that “there’s only one real test for the relevance of the BBC in the internet age: what audiences think.”

Yet this may mistake the real difference between the broadcast age and the internet era.

The internet era is about the collective communicative power of individual users, rather than broadcasting to anonymous audiences. The internet is more than another way of publishing programmes. It is a two-way network that can connect people in many different ways.

The future of the BBC might be more about providing services to its users, rather than broadcasting to audiences.

Appreciating this requires a greater cultural transformation than simply providing recommendations and regular reminders of what to watch.

Perhaps the real test of relevance for the BBC in the internet age is whether its users recommend its programmes and services to others.

Incidentally, in case you missed the first episode, or were watching the National Television Awards on the other side, Wolf Hall is no longer available to view on the BBC iPlayer, for rights reasons. You can buy it on Blu-ray or through Apple iTunes, or watch it online on Amazon.