Vessel is the new online venture from former Hulu chief executive Jason Kilar and its chief technology officer Richard Tom. It is being introduced through an invitation only soft launch, with the tagline “Watch your favourites here first”. Vessel aims to charge users a subscription fee of $2.99 a month for exclusive early access to short-form videos normally seen on YouTube and other online services. The company is promising producers significantly higher revenues in return.

Vessel claims to offer online video creators a better way to make money. In exchange for exclusive distribution through an early access period, which can be as little as 72 hours, producers can receive a share of subscription revenue and 70% of income from advertising around their videos. Vessel is also offering referral fees for users that continue to subscribe.

The company claims creators could receive around $50 per 1,000 views, which is about twenty times what they might receive from free web distribution. After the early access period, producers are free to distribute in any way they wish through other services. 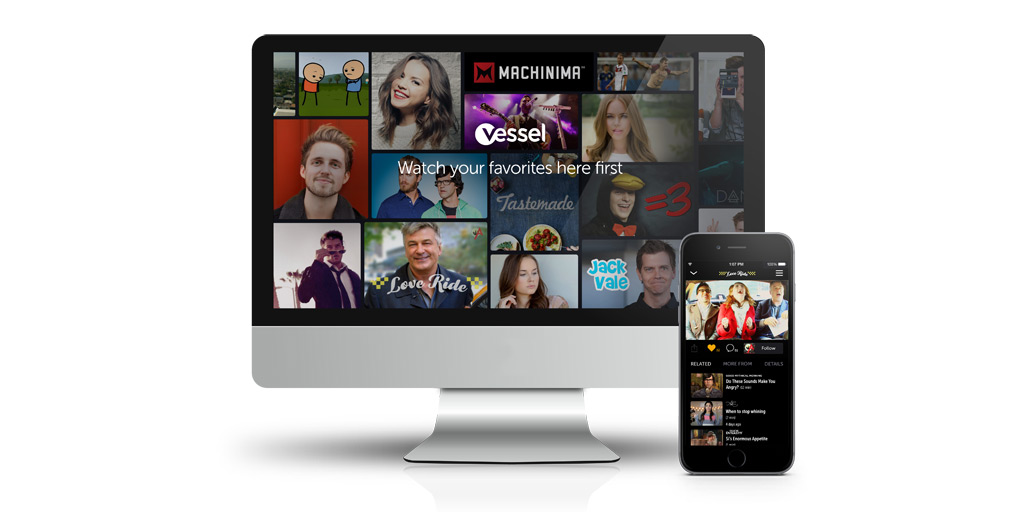 Vessel clearly hopes to attract a selection of video producers to create a cleaner environment that can sustain a combination of subscription fees and advertising revenues. In many ways it is a classic pay-television play, opening a pay window for online video.

The service is aiming to attract online video stars from YouTube and multichannel networks, as well as original programming from traditional media companies, although it is not looking for television shows or movies.

YouTube is reported to be considering its own subscription offering, having launched a music subscription service Music Key.

Former Amazon executive Jason Kilar created Hulu and knows how to create an outstanding online video experience. He clearly became frustrated with the shareholder and rights issues involved in Hulu and now sees a new way to aggregate short-form videos.

Around $75 million in funding for vessel has come from Bezos Expeditions, the personal investment company of Jeff Bezos, the founder and chief executive of Amazon, and venture capital companies Benchmark and Greylock.

The dual revenue stream business model based on a combination of subscription fees and advertising may be necessary to offer producers a sufficient financial incentive to offer exclusive access.

The $2.99 a month price point is a relatively low pay wall but it may still be a challenge to persuade people to pay for online videos they can view for free a few days later. They may also resent adverts in a service for which they are paying a monthly subscription. Although that is an established model in many media, people may be more inclined to pay for a premium service without advertising.

If Jason Kilar can crack it, paying for early access to videos could be a big business, but it is not without its problems in an online world of social media where people have become conditioned to expect media to be free to view.