Hulu is considering rolling out its online video offering outside the United States, following the launch of its subscription service Hulu Plus. The video venture, owned by News Corp, Walt Disney and NBC Universal, is still looking at the United Kingdom as a possible market. Chief executive Jason Kilar said: “We won’t be satisfied until this is a global service”.

Hulu is the second most popular online video site in the United States, after YouTube, and is the most popular legal destination for long-form programming, although for rights reasons it is only available within America. 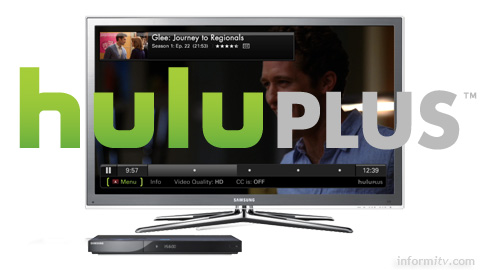 The United Kingdom is the second largest single television market by revenue outside the United States, with the benefit of a common language. That makes it an obvious target for Hulu. The problem is that the American studios currently have a valuable business selling their programmes to international broadcasters. The British television market is also incredibly competitive and dynamic, which makes it challenging for a new entrant.

Hulu had been in discussions with ITV about a possible equity deal. Those negotiations broke down earlier in the year when the Hulu team was reported to have shelved plans because they were unable to get traction in the British television market.

Ben McOwen Wilson, director of online at ITV, previously a partner at a strategy consultancy, had favoured promoting its own ITV Player rather than distributing through third-party online services like YouTube or Hulu. He is being replaced by Fru Hazlitt who will become managing director of commercial and online. Her background is in radio, but more recently she was at Yahoo! Europe. That could result in a change in strategy, although much may depend on the prospects for the proposed Project Canvas platform in which ITV is a partner.

The question for Hulu is whether it actually needs ITV as a partner. Sky could be a better fit. News Corp is a major shareholder in the satellite pay-television operator and has expressed its interest in acquiring the remaining shares in BSkyB.

Sky is acquiring the television channels business of its cable competitor Virgin Media, giving it distribution of a substantial proportion of imported shows from the United States. Channel Five, which is also a main importer of shows from American studios, is currently up for sale. Sky has expressed an interest.

Sky can also afford to outbid other broadcasters for imported shows. It could either extend its own online service or form a partnership with Hulu, and either deny premium programming to other platforms like that envisaged by Project Canvas or simply use them as a distribution channel.

Hulu faces its own challenges at home. NBC Universal, one the founding partners in the joint venture, is the subject of a takeover by Comcast, the largest cable television operator in the United States. Comcast could see Hulu as competition to its own plans for TV Everywhere. International expansion represents more of an opportunity than a threat.

Jason Kilar, the chief executive of Hulu, told the Financial Times that the online video service should be seen as complementary rather than a substitute for pay-television platforms.

Already available on the Apple iPad, Hulu Plus will soon be on various consumer electronics devices, from the Sony PlayStation 3 to Samsung televisions. “We want to work with any screen connected with the internet,” he said. “We want to make sure that our focus is on serving an unmet need with broadcast content.”