The Digital Britain white paper aims to set out the importance of the digital economy to the economic future of the nation, but some see it as disappointing, lacking vision, ambition and fibre. The ground that it attempts to cover is wide ranging but in many parts it descends into a commentary on general trends and vague observations about the digital landscape. What is lacking is any inspiring aspiration or groundbreaking initiative to invest in modern digital infrastructure.

The prime minister spoke of “giving the country the tools to succeed and lead the way in the economy of the future” to ensure we have a “world-class” digital communications infrastructure.

Business secretary Lord Mandelson said the report “will cement the UK’s position as a world leader in the digital and communication industries and ensure Britain is not left behind in the digital revolution”.

Recently appointed culture secretary Ben Bradshaw, a former BBC journalist, said “Britain’s digital industries are among the most successful in the world.” He said the report “will be key to our economic growth, social inclusiveness and well-being as a nation”.

Lord Carter, who said he would step down as a minister for communications, technology and broadcasting just days before the publication of the report, described it as “a statement of intent and ambition”.

Some found ambition lacking in the report, long on language about the importance of the digital economy, but short on inspiration or intervention. In comparison to some countries, its emphasis on what it terms “industrial activism” is modest in its aspiration. 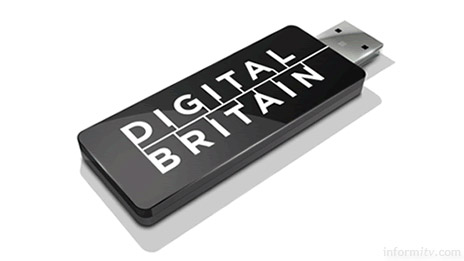 As trailed in the interim report, it aims to make the availability of broadband access at 2Mbps a universal service commitment on existing operators. While that might remain a challenge in some rural areas, to some it is a national embarrassment that this should be the headline story, in a world where some countries are planning to invest billions in next generation networks.

Australia, for instance, has announced a £21 billion plan to provide fibre networks directly to 90% of homes and businesses in the country over the next eight years, at an average cost of around £2,700 per home passed.

Currently, around 2.75 million homes in Britain cannot receive broadband at 2Mbps, but it is estimated that only around half a million of those are too far from the telephone exchange, mainly in rural regions like parts of Wales and Scotland. The problems in the vast majority of cases are apparently attributed to home wiring.

The real issue is that a substantial proportion of those that do not have broadband access do not want it, or perhaps do not realise why they do not need it. Universal coverage does not equate to universal adoption.

The Digital Britain report is notably weak on next generation networks, with little discussion of the benefits of a fully fibre network, as envisaged and being implemented in other nations. As a result, the entrenched incumbents will continue to exploit their existing copper and aluminium cables, with little incentive to deliver genuinely high speed, upstream as well as downstream, network connections.

One of the big ideas of the report is a new levy on phone lines to subsidise investment in broadband. This seems to have come as a surprise to regulators and operators, judging by their reaction at an industry conference chaired by informitv on the day the report was published. Strangely, this new tax did not feature in the main press release.

Arguing that the cost of voice and broadband services has fallen in real terms, the government proposes a levy of 50 pence per month on all fixed copper lines, including cable telephone lines, to go to a fund available to any operator to subsidise the deployment of next generation broadband to the final third of the market for which it might not otherwise be economically viable. The role of the communications regulator Ofcom will be extended to include promotion of investment in communications infrastructure.

It is estimated that this surcharge could raise around £150-£175 million a year, or over a billion pounds over seven years. That is a not inconsiderable sum although small change in the context of the billions that may need to be invested to deliver next generation networks of any scale.

The aim is that the fund could cover the cost of connecting the final third of homes and businesses to next generation networks by 2017.

Jeremy Hunt, the shadow culture secretary, welcomed the commitment to universal broadband, but said the report was a “digital dithering from a dated government”.

Much of the immediate media reaction concerns the implications for the media, and particularly broadcasters, although the report simply seems to tinker with the problems they face.

The report acknowledges that “the structure and the set of entities which have been collectively known as ‘Public Service Broadcasting’ are over”. Instead it uses the rather awkward term “Public Service Content”.

It praises the BBC, saying “the strategic vision of its entry into the digital and online world over the last 15 years has been matched by few”. The report says that the role of the BBC needs to evolve to being a public service content partner with a wider range of other media organisations and an enabler of Digital Britain.

The government also warns the BBC that “its scale and impact on the market and the ability of others to monetise services in the digital environment require careful vigilance by the BBC Trust, particularly in relation to proposals for new services, or new devices such as the broadcast-broadband hybrid Project Canvas”.

Despite its emphasis on broadcasting, the Digital Britain report fails to solve the intractable problems facing commercial public service broadcasting.

ITV receives remarkably little attention, although the government is not persuaded to remove obligations on ITV to provide regional news.

Channel Four, it is suggested, “needs a modernised remit which reinforces the moves it has begun to make into multi-media content via 4IP”. The report reaches no conclusion regarding any proposed joint venture with BBC Worldwide.

There is the proposal for an element of the television licence fee, equivalent to the 3.5% currently earmarked to support the digital switchover programme, to be made available to parties other than the BBC once this is complete. This will be subject to consultation. The BBC is institutionally opposed to such top-slicing, but it is proposed that it could be contained to a maximum percentage of the licence fee and tied to specific purposes.

Other key proposals include a plan to switch off analogue radio for all national broadcast radio stations carried on DAB digital radio on a single date, yet to be determined, by the end of 2015.

Test beds to trial new products and business models are also proposed, which could benefit from a small amount of government funding, although it is not entirely clear why they should form part of public policy. They include a proposal to test micropayments for on demand viewing, which could possibly charge 5-10 pence per programme, equivalent to the advertising revenue per viewer hour of traditional television, although this does not account for any additional distribution cost.

Much else is covered in the report, given that digital communications underpin many aspects of our lives. It generally fails to synthesise these into a holistic vision of the digital future. The final chapter, on implementation, is notably weak, with a couple of pages providing a timetable of actions. The final paragraphs on next steps conclude with a generic statement that there is “no room for complacency,” that “the prize on offer is great” and that “it will require a common effort to achieve it”.

The key question is whether the current government will be in any position to implement it.