Swisscom is to shut down its Betty TV interactive television business in Switzerland after disappointing customer numbers. The operation will continue in Germany, where it is seeking an investor. Swisscom, which has acquired the Italian operator Fastweb, has also only attracted 60,000 subscribers for its own Bluewin TV service, launched a year ago, with reports of continuing technical problems.

Betty TV uses a special remote control with a built-in display that enables viewers to participate in programmes by transmitting information back over the phone line. Swisscom acquired around 300,000 devices but managed to reach only 10,000 subscribers in Switzerland, and around 100,000 in Germany. 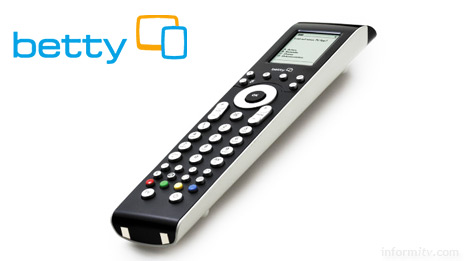 “The results from Betty TV in Switzerland were significantly below our expectations,” said a company representative. The company is understood to have lost around £25 million on the venture. Betty TV will continue operating in Germany, where Swisscom is seeking an investor.

Bluewin TV
Swisscom is also making slow progress with its own television platform, launched in competition with cable. Swisscom was one of the first operators to adopt the Microsoft IPTV initially suffered a number of technical problems. The operator originally postponed the launch of the Bluewin TV service, saying “the technology currently available is not yet suitable”.

A year after its eventual launch at the beginning of November 2006, Bluewin TV has some 60,000 customers, including orders that have yet to be fulfilled, and is aiming to reach 80,000 by the end of the year.

Carsten Schloter, the chief executive of Swisscom, told investors that while customer satisfaction is high with respect to programming, features and usability, a “significant portion” of them are unsatisfied due to remaining technical issues.

The Swiss operator is upgrading its customers to VDSL connections that can deliver services to multiple receivers in a single home, including high-definition programming. It is also seeking to slash its operating and customer acquisition costs.

Swisscom acquired Italian broadband pioneer Fastweb, which developed its own video platform, and hopes to use this experience and expertise to extend its service.