BBC Vision, formerly known as television, has announced its latest new strategy for multiplatform commissioning, production and distribution. The division will spend an additional £30 million over the next three years, providing web support for every single television programme, with ‘find, play and share’ as its informing framework.

Simon Nelson, who has moved to the BBC Vision division from radio, now known as audio, where he was previously responsible for new media, said: “It’s too easy to dismiss the multiplatform opportunity as simply getting our programmes onto new devices or creating web sites alongside programmes.” 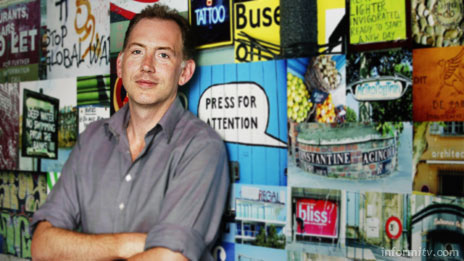 “We can use the two-way nature of new media platforms to transform our relationship with licence fee payer, collaborating with audiences in the creation of content and participative experiences,” he explained.

He also indicated that there needed to be a more automated means of supporting programmes online. “The sheer concentration of effort on producing content and handcrafting bbc.co.uk as a destination site means that we have failed to focus adequately on either the ‘find’ or ‘share’ areas to date,” he said. “It is an approach that is very labour intensive and simply will not scale.”

“As Web 2.0 begins to move beyond the most technically literate and into the mainstream audience, BBC Vision runs the risk of presenting itself not so much as a skyline of skyscrapers but something more like an old-fashioned department store in a landscape that is now populated by hypermarkets.”

He said that while it was composed of individual departments with finely crafted displays, the major online players “stack ’em high and sell ’em cheap,” carrying vast volumes of material, presented in a highly functional design, but made very easily discoverable and accessible.

The key to their success, he suggested, is automation, based on metadata information describing content. He told programme staff that it would be their responsibility to provide billings information, synopses, cast lists, episode specific stills and so on accurately, in an appropriate form and in a timely fashion.

He said a new Digital Media Initiative “will revolutionise our capability in linear and multiplatform production making our content more findable and usable by production teams across the BBC and by audiences on all our platforms.”

While mentioning mobile and red button interaction, and touching on the iPlayer initiative to make programmes available for download, much of the multiplatform strategy seems centred on online publication in support of traditional television. Notable by its absence was any concentration on interactive television or participation programmes.

Providing online programme information seems a modest although essential objective. The real change that needs to come will be moving from labouriously creating hand-crafted web sites to establishing a real multiplatform architecture that is capable of working not only online but across multiple platforms.