The Dweebz is a cartoon series aimed at kids that will allow them to participate using their mobile phones. By solving riddles and puzzles during the show they will be rewarded with on-screen name checks. There will also be a web site that allows them to continue to interact with their cartoon persona and receive exclusive ringtones, pictures and access to games. 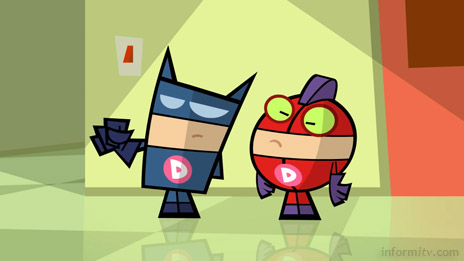 The concept was previewed by Guy Templer, commercial director of Two Way TV, at the Interactive TV Show in Rome. “The Dweebz is a fantastic, fast-paced programme series that kids will love and for the first time they can become part of the action,” he said. “Mobile-to-TV also provides a great way of extending the brand beyond the show. It will create the kind of playground chatter that every kids’ broadcaster loves.”

The full series will run for 52 episodes of 11 minutes. “We are really excited by the opportunities that interactive animation can bring and early feedback from broadcasters on The Dweebz has been extremely encouraging,” said Phil Chalk, the chief executive of Fat City Films.